Audubon was born in Haiti, the illegitimate son of a successful merchant, planter, and slave dealer. He was taken to France at the age of four and educated among the well-to-do. At 15 he was drawing French birds, and at 17 studied drawing with the famous Neo-classical artist, Jacques Louis David, in Paris. In 1803, Audubon was in Pennsylvania managing his father's estate where he began his ventures into ornithology. In 1820, he made his goal the publication of an anthology of life drawings. He traveled the Ohio and Mississippi Rivers and the Great Lakes, exploring for birds. Unable to find a publisher in America he traveled to London in 1826-27 where William Lizars and Robert Havell, Jr. were his engravers. In 1831, Audubon returned to the United States. In 1843, Audubon took the steamer, Omega, from St. Louis up the Missouri River to Fort Union and then overland to the Yellowstone River, making stops in Nebraska in May of 1843 and again in October on his return trip downstream. Along the way, he saw birds and animals where Catlin had seen Indians. Audubon had already become well known for his Birds of America when he came to Nebraska on this 1843 trip. His new dream, though, was to do a series on American mammals. The purpose of the trip was to gather specimens for painting but his journals do not specifically record any subjects he saw in Nebraska except for once mentioning his amazement at a jack rabbit. He returned to St. Louis in Indian hunting dress with live deer, badgers, and foxes. He completed the Quadrupeds of North America in 1845 with the help of his sons, John W. and Victor.

Click here for our collection of original authentic hand-colored lithographs

Click here for Darvill's Rare Prints' collection of original hand-coloured lithographs
from the First Royal Octavo edition of THE BIRDS OF AMERICA by John James Audubon.

The lithographs of this first royal octavo edition were done by the Philadelphia firm of J.T. Bowen in 1839-1844. The outlines were hand printed from a lithographic stone and each print was hand coloured. It is the only octavo edition in which prints were prepared under the direct supervision of John James Audubon. 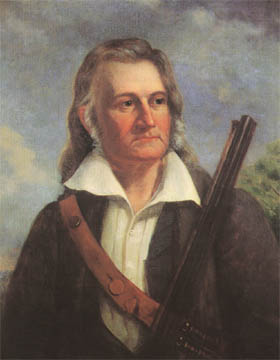